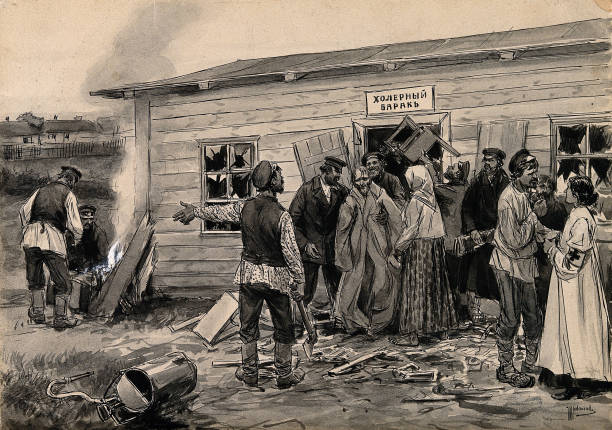 The first of seven cholera pandemics over the next 150 years, this wave of the small intestine infection originated in Russia, where one million people died. Spreading through feces-infected water and food, the bacterium was passed along to British soldiers who brought it to India where millions more died. The reach of the British Empire and its navy spread cholera to Spain, Africa, Indonesia, China, Japan, Italy, Germany and America, where it killed 150,000 people. A vaccine was created in 1885, but pandemics continued. 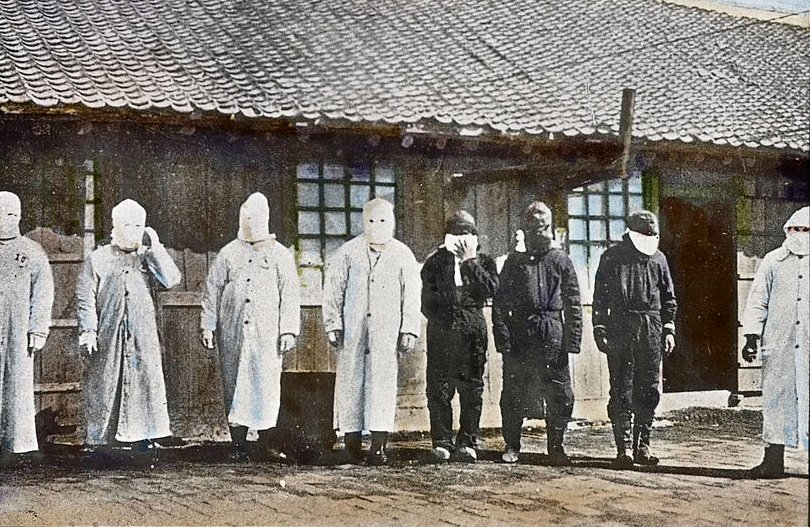 Starting in China and moving to India and Hong Kong, the bubonic plague claimed 15 million victims. Initially spread by fleas during a mining boom in Yunnan, the plague is considered a factor in the Parthay rebellion and the Taiping rebellion. India faced the most substantial casualties, and the epidemic was used as an excuse for repressive policies that sparked some revolt against the British. The pandemic was considered active until 1960 when cases dropped below a couple hundred. 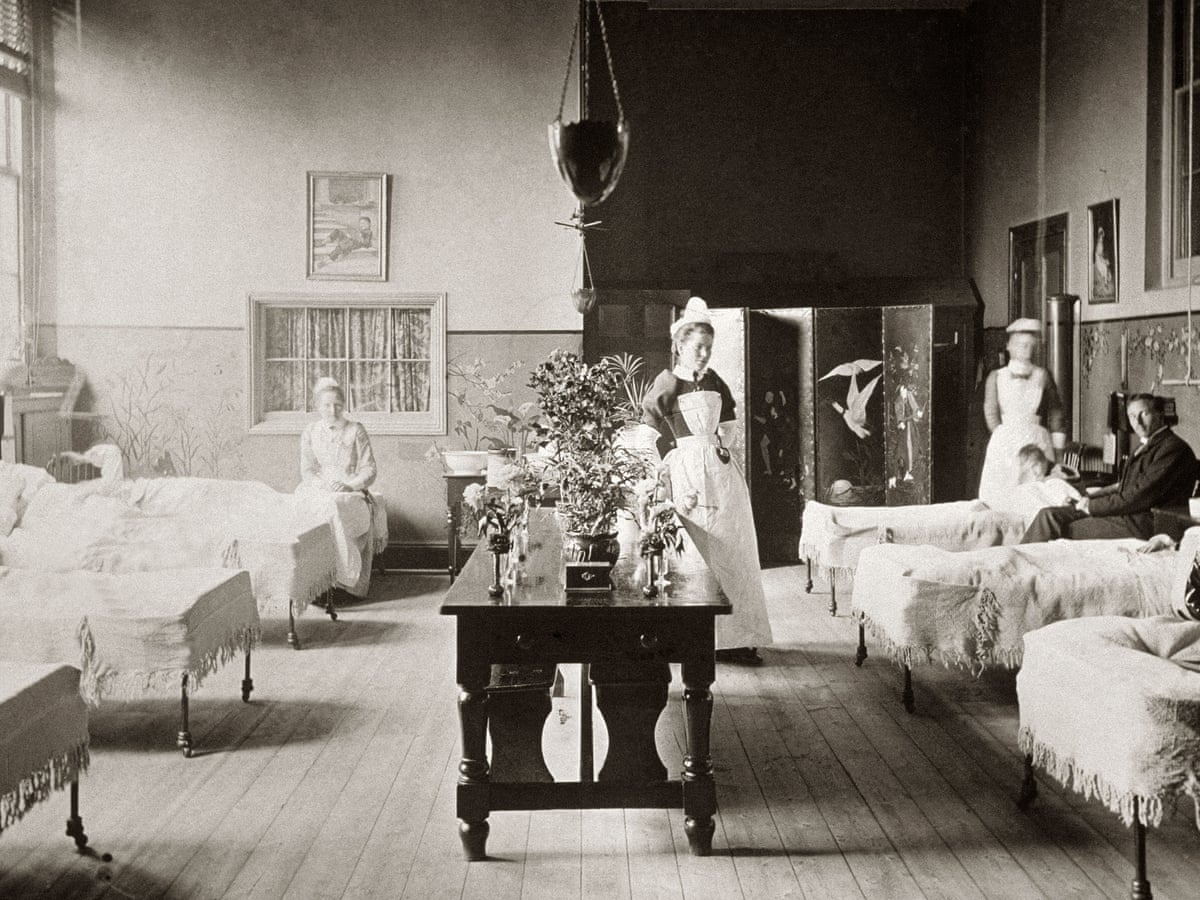 The first significant flu pandemic started in Siberia and Kazakhstan, traveled to Moscow, and made its way into Finland and then Poland, where it moved into the rest of Europe. By the following year, it had crossed the ocean into North America and Africa. By the end of 1890, 360,000 had died.

An estimated 500 million people from the South Seas to the North Pole fell victim to Spanish Flu. One-fifth of those died, with some indigenous communities pushed to the brink of extinction. The flu's spread and lethality was enhanced by the cramped conditions of soldiers and poor wartime nutrition that many people were experiencing during World War I.

Despite the name Spanish Flu, the disease likely did not start in Spain. Spain was a neutral nation during the war and did not enforce strict censorship of its press, which could therefore freely publish early accounts of the illness. As a result, people falsely believed the illness was specific to Spain, and the name Spanish Flu stuck. 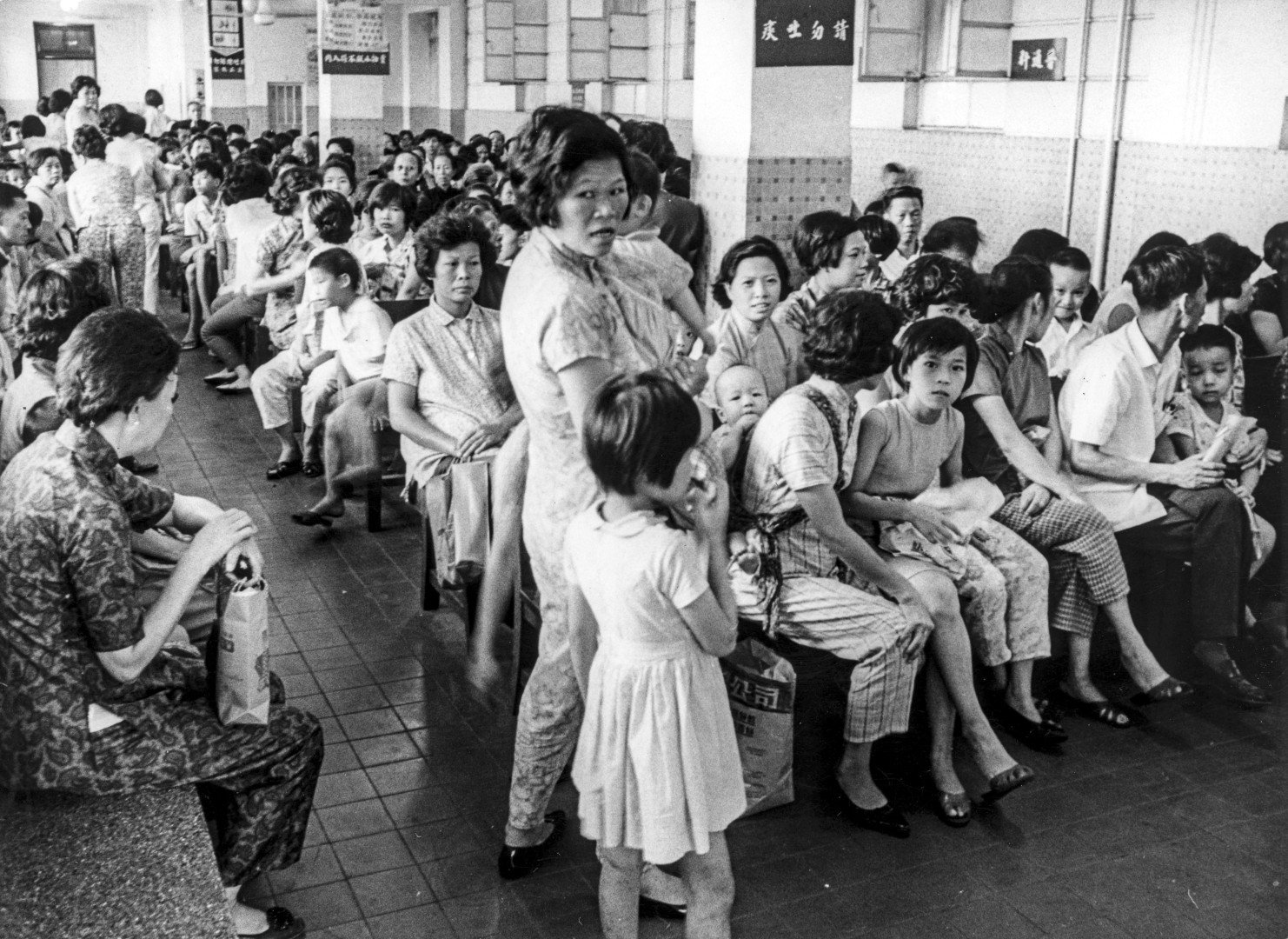 The Asian Flu pandemic was another global showing for influenza. With its roots in China, the disease claimed more than 1 million lives. The virus that caused the pandemic was a blend of avian flu viruses.

The Centers for Disease Control and Prevention notes that the disease spread rapidly and was reported in Singapore in February 1957, Hong Kong in April 1957, and the coastal cities of the United States in the summer of 1957. The total death toll was more than 1.1 million worldwide, with 116,000 deaths occurring in the United States.

First identified in 1981, AIDS destroys a person’s immune system, resulting in eventual death by diseases that the body would usually fight off. Those infected by the HIV virus encounter fever, headache, and enlarged lymph nodes upon infection. When symptoms subside, carriers become highly infectious through blood and genital fluid, and the disease destroys t-cells.

AIDS was first observed in American gay communities but is believed to have developed from a chimpanzee virus from West Africa in the 1920s. The disease, which spreads through certain body fluids, moved to Haiti in the 1960s, and then New York and San Francisco in the 1970s.

Treatments have been developed to slow the progress of the disease, but 35 million people worldwide have died of AIDS since its discovery, and a cure is yet to be found.

First identified in 2003 after several months of cases, Severe Acute Respiratory Syndrome is believed to have possibly started with bats, spread to cats and then to humans in China, followed by 26 other countries, infecting 8,096 people, with 774 deaths.

SARS is characterized by respiratory problems, dry cough, fever and head and body aches and is spread through respiratory droplets from coughs and sneezes.

Quarantine efforts proved effective and by July, the virus was contained and hasn’t reappeared since. China was criticized for trying to suppress information about the virus at the beginning of the outbreak.

SARS was seen by global health professionals as a wake-up call to improve outbreak responses, and lessons from the pandemic were used to keep diseases like H1N1, Ebola and Zika under control. 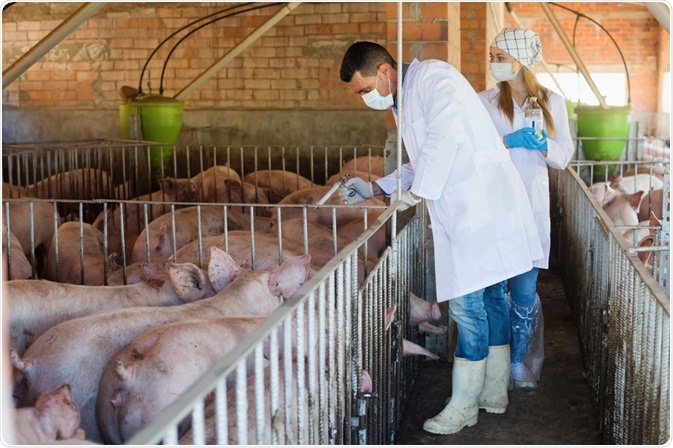 The 2009 swine flu pandemic was caused by a new strain of H1N1 that originated in Mexico in the spring of 2009 before spreading to the rest of the world. In one year, the virus infected as many as 1.4 billion people across the globe and killed between 151,700 and 575,400 people, according to the CDC.

The 2009 flu pandemic primarily affected children and young adults, and 80% of the deaths were in people younger than 65, the CDC reported. That was unusual, considering that most strains of flu viruses, including those that cause seasonal flu, cause the highest percentage of deaths in people ages 65 and older. But in the case of the swine flu, older people seemed to have already built up enough immunity to the group of viruses that H1N1 belongs to, so weren't affected as much. A vaccine for the H1N1 virus that caused the swine flu is now included in the annual flu vaccine.

Ebola ravaged West Africa between 2014 and 2016, with 28,600 reported cases and 11,325 deaths. The first case to be reported was in Guinea in December 2013, then the disease quickly spread to Liberia and Sierra Leone. The bulk of the cases and deaths occurred in those three countries. A smaller number of cases occurred in Nigeria, Mali, Senegal, the United States and Europe, the Centers for Disease Control and Prevention reported.

There is no cure for Ebola, although efforts at finding a vaccine are ongoing. The first known cases of Ebola occurred in Sudan and the Democratic Republic of Congo in 1976, and the virus may have originated in bats.

On March 11, 2020, the World Health Organization announced that the COVID-19 virus was officially a pandemic after barreling through 114 countries in three months and infecting over 118,000 people. And the spread wasn’t anywhere near finished.

COVID-19 is caused by a novel coronavirus—a new coronavirus strain that has not been previously found in people. Symptoms include respiratory problems, fever and cough, and can lead to pneumonia and death. Like SARS, it’s spread through droplets from sneezes.

The first reported case in China appeared November 17, 2019, in the Hubei Province, but went unrecognized. Eight more cases appeared in December with researchers pointing to an unknown virus.

Many learned about COVID-19 when ophthalmologist Dr. Li Wenliang defied government orders and released safety information to other doctors. The following day, China informed WHO and charged Li with a crime. Li died from COVID-19 just over a month later.

Without a vaccine available, the virus spread beyond Chinese borders to nearly every country in the world. By December 2020, it had infected more than 75 million people and led to more than 1.6 million deaths worldwide. The number of new cases was growing faster than ever, with more than 500,000 reported each day on average.