What Is Blood Oxygen Saturation?:

On a deeper level, oxygen saturation refers to the degree to which the hemoglobin in your red blood cells has bonded with oxygen molecules. Oxygen in the bloodstream comes from your lungs and is taken in when you inhale.

What Is Blood Normal Range of Blood Oxygen Saturation?:

What happpen if Blood Oxygen Saturation is Low?:

When your blood oxygen level goes outside the typical range, you may begin experiencing symptoms.
This includes:
If you continue to have low blood oxygen levels, you may show symptoms of cyanosis. The hallmark sign of this condition is a blue discoloration of your nail beds, skin, and mucus membranes.Cyanosis is considered an emergency. If you’re experiencing symptoms, you should seek immediate medical attention. Cyanosis can lead to respiratory failure, which can be life-threatening.

How to Measure Blood Oxygen Saturation: However ABG test is test that involves using a needle which  carries some risks, including bleeding, infection, and bruising. You might have some soreness where the needle went in. 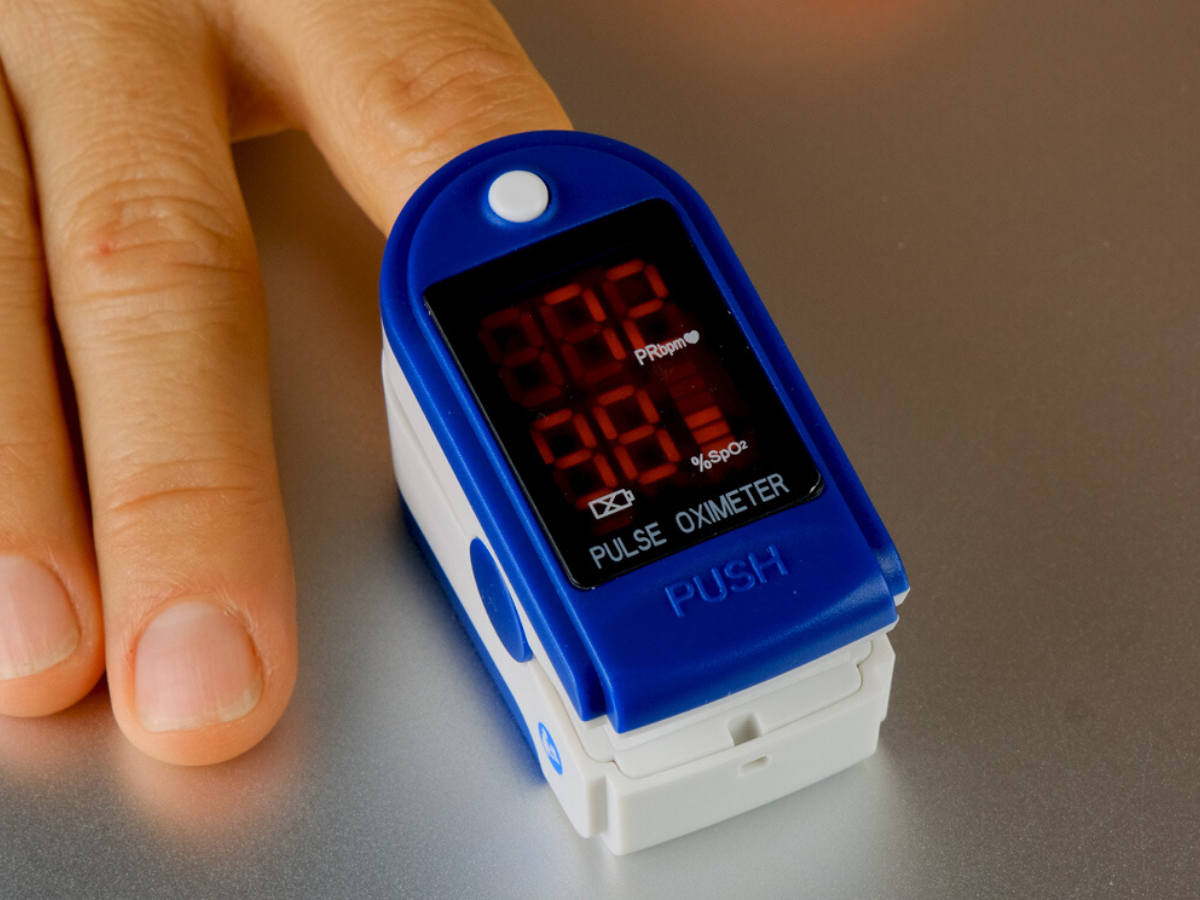 A pulse oximeter clips onto your finger and indirectly measures oxygen saturation. It shines light beams into the blood circulating in your capillaries, which reflect the amount of oxygen in the blood. Pulse oximeter readings are expressed as a percentage. As stated above, a reading of 94 to 99 percent or higher indicates normal oxygen saturation, and anything below 90 percent is considered to be low blood oxygen, also known as hypoxemia.

Howvever, pulse oximetry have disadvantage that movement artifact can be significant and the modality may provide an erroneous reading when pulsatile flow is inadequate (ie, shock with poor perfusion) or in the presence of anemia.

What cause Blood Oxygen Saturation Low?:

A variety of conditions and circumstances can interfere with the body’s ability to deliver normal levels of oxygen to the blood. Some of the most common causes of hypoxemia include:
Find Out More
Back to Family Care (Common)
Use left/right arrows to navigate the slideshow or swipe left/right if using a mobile device